98% of our servers have dedicated 1 Gigabit speed port. We are the only VPN provider with real VPN servers in 55 countries. We spend big on infrastructure, high speed is the future.

Access your favourite sites from abroad with our unstoppable residential VPN servers.
We also have Double VPN servers for extra privacy, IKEv2 and Stealth (Stunnel) servers for bypassing censorship in Asia and Middle East.

Real Servers in over 100+ Locations in 55 countries.

Did you know? Many VPN providers fake the IP location of some of their servers in order to mislead customers in believing they have infrastructure in many countries. This is wrong for various reasons such as you may think you're connecting to Italy when in fact you're connecting to Germany. Not only different speed and local privacy laws apply when your traffic passes through Chile, but the web site you're trying to fool could more easily distinguish between such fake/spoofed IP addresses. Last but not least, you're being sold one thing but you're getting another.

Check your IP Address - Test your VPN for Security leaks 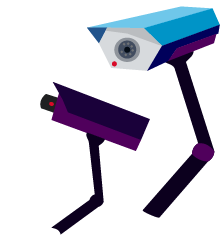 Did you know? VPNArea developed IPLeak.org, a free web site used by thousands of VPN users to test their VPN service and apps for security leaks and see what information their IP address exposes.
What is my IP? DNS Leak Test Try VPNArea